A Guide to Edwardian Jewellery 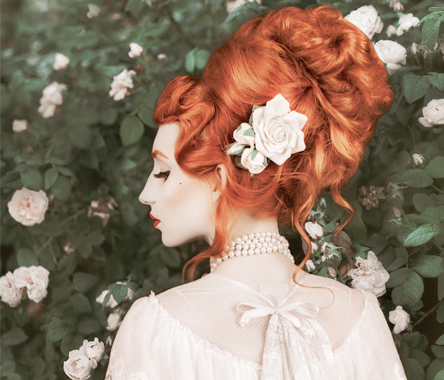 Categories: Jewellery Throughout the years

The Edwardian era itself was a short and dream like period in which wealthy jewellery buyers were spoilt by the diversity of styles ,availability of Diamonds, Opals and Pearls etc., and the number of highly talented craftsman. In many ways it could be seen as the height of the “Belle Époque”.

Following the heavy and formal jewellery of the high Victoria era, the Edwardian period ushered in a new lightness and delicacy to jewellery production and design, with emphasis on high quality hand work instead of the mass produced trinkets that mechanisation later years of the Victorian era had brought with it.

The influence of the last years of the 1890’s and its aesthetic movement and had lasting effect on the jewellery created in Edwardian times.

The naturalistic forms of French Art Nouveau and German Jugendstil designs were echoed by the Arts and Crafts movement in Great Britain, and the important artisan names of Lalique ,Ruskin, Faberge and Tiffany amongst others, are all associated with this period.

As is often the case with new and dramatic creative designs, parallel –contrary forces emerge to cater for more widespread and commercially suited tastes, as is still the case with the fashion catwalks of today.

The radical aesthetic of the Art Nouveau style was not embraced universally, and traditionalist conservative buyers looked elsewhere for their jewels. The working classes still bought the silver items turned out by scores of workshops in Birmingham’s Jewellery Quarter, while the grand jewellers of the period took to new high quality manufacturing techniques and ever higher quality materials to bring their more traditional and yet exquisitely executed visions to life.

The household names of Cartier and Boucheron are fine examples of this at the time.

The utilisation of platinum, with its high strength and permanent bright whiteness, meant that fine wire motifs and slimmed down mounts could be used to create delicate ribbons, swags and garlands stone set with fine grains, giving a piece a feminine grace and elegance that was rarely seen in the Victorian era. Diamonds and coloured stones enjoyed improved cutting techniques which ultimately lead the emergence of the Art Deco style in later years.

In contrast to the rigid restraint of his mother’s reign, Edward and his elegant wife Alexandra, brought a more relaxed sophistication to high society and gave a green light for others to follow.

Following the death of Edward in 1910 and the start of the First World War in 1914, the Belle Époque came to an end, and the lightness and delicacy it represented came to an end with it.